Leslie in the News

“I see this as an opportunity to have a really engaging, exciting, wide-ranging conversation about who we are as a city and do we value the people we trust our children to.”— Leslie Harris, King 5 Interview, Sept 11th 2015

“Harris is a detail-oriented, analytical thinker who aims to create better transparency and communication between the school board and the children and families it serves. She will demand better accountability and educational outcomes from board policies.”— Seattle Times editorial board, Seattle Times, July 1st 2015

“I witness the tenacity and attention to detail of Ms. Harris on a daily basis. She is a professional marvel to behold, and the School Board and community would be privileged to have her attention and time.”— Zachary Jarvis

The board needs fully engaged members who are willing to exercise strong oversight and critical thinking while staying in touch with school and community concerns.

Leslie has followed Seattle Public Schools closely for many years and is well versed in district policy, history and the law. It is clear that she will do her homework, be a conscientious steward of district resources, and will bring a focused attention to the issues, offering much-needed incisive analytical skills to the position.— Sue Peters, SPS School Board Director

With a professional background as a paralegal, years of engagement in the Seattle School District as a parent, volunteer and advocate, Leslie brings to the position a much-needed understanding of the importance and role of law and policy in district operations and responsibilities, and a keen sense of responsibility to the community.— Sue Peters, SPS School Board Director

Seattle School Board, Position 6: Four years ago, reform advocates for the long-dismal, corporate-dominated Seattle School Board worked hard to get Marty McLaren in office in her West Seattle district. Now, they’re working to get her out.

McLaren almost immediately went over to the dark side, voting with the downtown cabal running the Glass Palace on issues as disparate as standardized testing, for-profit education, the district’s latest educrat superintendent, and the district’s war on alternative schools. And so, now, reform advocates have a new hope for someone to join the progressive rump of Betty Patu and Sue Peters on the board: Leslie Harris, whose campaign has targeted both the district’s testing fetish and its appalling lack of transparency and contempt for the public – a contempt McLaren, sadly, seems to share. Like city council, the school board could go either way this election, and the stakes are high and the differences stark- as articulated vividly by this year’s teachers’ strike and the district leadership’s retributions since. With Patu, Peters, and hopefully Geary and Harris, the educrats’ dominance of the Seattle School Board has a real chance to end this fall. Leslie Harris,— Geov Parrish, Geov.org “General Election Picks 2015: Our Last, Best Chance”

paid for by Leslie Harris for School Board

Donate to the Campaign 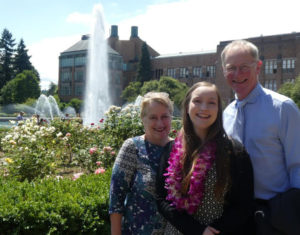 Re-Elect Leslie for School Board Kick off VIdeo

Paid for by Re-Elect Leslie Harris for School Board